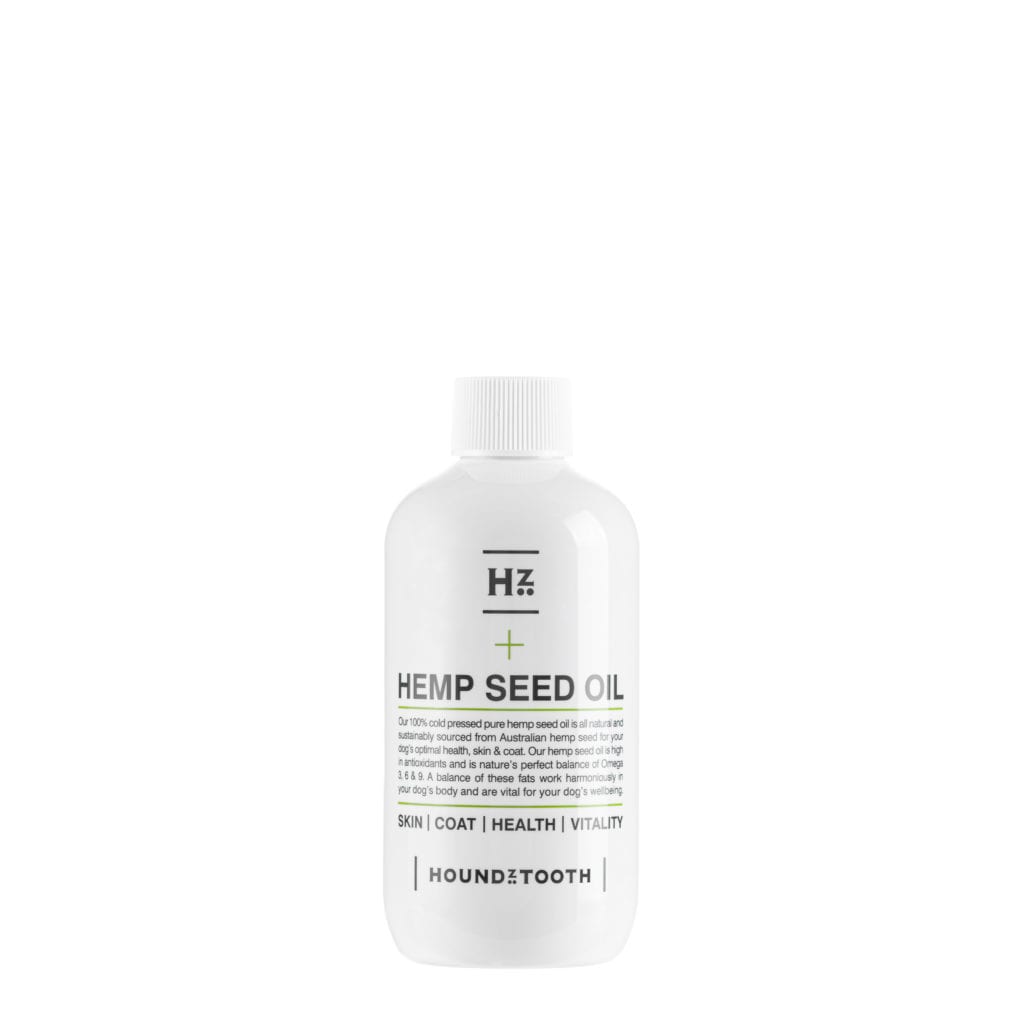 Our hemp seed oil is high in antioxidants and is nature’s perfect balance of Omega 3, 6 & 9.

A balance of these fats work harmoniously in your dog’s body and are vital for your dog’s wellbeing.

Proudly sourced & made in Australia. Dosage & Directions for Use

Note: If your dog is fed on a chicken diet we recommend consideration given when including Hemp seed oil into your dog’s diet. Both are high in polyunsaturated fats which can cause an imbalance in the fats in your dog’s diet. If you cook for your dog, add our hemp oil to your dog’s feed once cooled as the oil is unstable at high temperatures and can become toxic. Jack has been on Hemp Seed Oil since 20th April 2020, so far I’m very happy with results, at nearly 8, and with hip dysplasia as mentioned previously, he used to run kinda like a rabbit, I’ve noticed a big change in him that now his back legs move more independently as they should, he wants to run more, more spring in his step when I call him.

I’ve had him on MSM, since I got him as an 8 month old, and while it’s assisted him over the years, it’s never quite tipped the scale for him.

Thank you so much.

Give us a review